Darrius Heyward-Bey Pleads: Heyward-Bey agreed to plead no contest to the misdemeanor charge today, so that he would receive three years’ probation and three months of DUI classes.

Last season, Heyward-Bey led the Raiders with 64 receptions giving him a total of 965 receiving yards. The Raiders, along with Heyward-Bey, report to Napa this Sunday for their team’s preseason training camp. 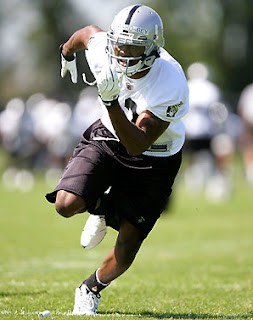